The Aptitudes of a Leader Coach 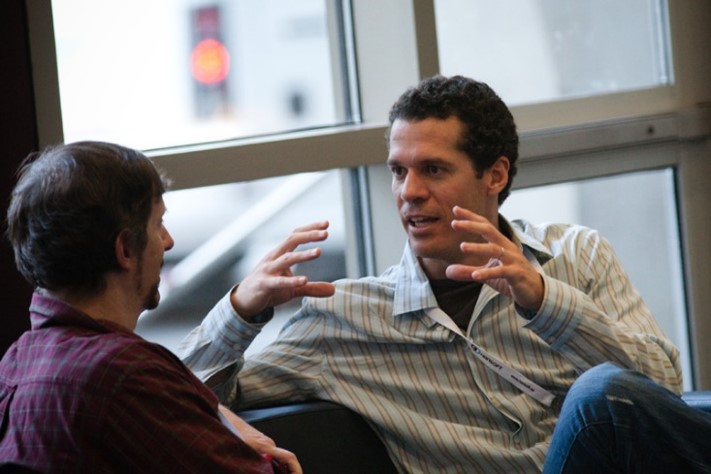 A lot is said about the required competences for a coaching manager or leader. But what about at a deeper level? What are the aptitudes or mindsets needed to be an effective leader coach?

The first aptitude of a Leader Coach is having less need for control.

While the word “coaching” is sometimes still used to mean some form of teaching or training, coaching has grown,  throughout the second half of the 20th century, into a distinct applied practice which tends to be generally non-directive, and driven by the coachee’s development needs rather than by the coach’s agenda.

What does this mean for a leader coach today?  It means that if you want to adopt any of the modern leadership theories – most of which include the ability to be a proficient coaching leader – you’re going to have to stop telling people what to do (at least some of time) and instead ask them questions that will make them think of solutions for themselves.   According to Green and Grant, authors of Solution-Focused Coaching, the path from telling to asking is fraught with uncertainty because managers fear that by not giving instructions they might be losing control. Yet it is the very letting go of control by managers that empowers employees to develop their potential.

The second aptitude of a Leader Coach is having a helpful approach.

A leader coach is generally well-predisposed towards her fellow humans. She believes that coaching is part of her leadership role and feels able to develop others.  This entails a willingness to listen, to take the time and to give feedback that will help the employee grow. This kind of leader is connected to the people around her.

The third aptitude of a Leader Coach is being open to personal learning.

A certain non-pretentious humility accompanies all the coaching leaders that I have encountered, however high up the corporate ladder they may be. They tend to be authentic, not afraid of showing they don’t know something and above all, they are avid learners. The belief that everyone can learn and grow is an essential mindset for coaching leaders who believe that about themselves, and about others.

The good news is that if you want to develop these aptitudes, they can be learned. If these mindsets were not part of your mental landscape before, you can still adopt them very easily by trying them out, experimenting with the related behaviours, observing yourself, growing into the leader you want to be. Who’s to stop you?

This site uses Akismet to reduce spam. Learn how your comment data is processed.